Ghanains Will Die If E-Levy Is Accepted

admin February 7, 2022 Music Comments Off on Ghanains Will Die If E-Levy Is Accepted 17 Views 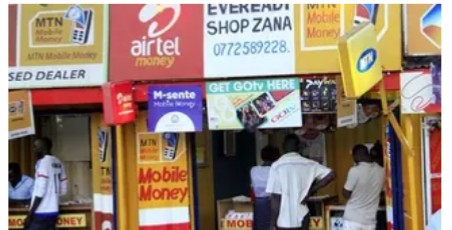 The controversial 1.75% Electronic Transfer Levy popularly known as E-levy continues to be one of the key decisions the New Patriotic Party (NPP) government is hoping to pass into law in the coming weeks.
MoMo charges if e-levy is passed
According to the NPP, the e-levy will increase Ghana’s tax-to-GDP from 13% to a targeted 16% or more.
RECOMMENDED ARTICLES
Lifestyle
Val’s Day for singles: Here’s how to avoid gnashing on the day of love
Sports
UK and Ireland abandon 2030 World Cup bid to focus on Euro 2028
Video
Kim Kardashian to Kanye West: ‘You’re hurting our kids’
But the opposition National Democratic Congress (NDC) also insists that the 1.75% tax will overburden the already burdened Ghanaians. The minority have argued that the average Ghanaian is faced with massive hardship, as the NPP government has failed to rule the economy well.
Again, a section of the populace and experts have also greeted the yet-to-be approved levy with disapproval.
But at a town hall meeting held in Koforidua on Thursday, January 27, the Finance Minister, Ken Ofori Atta and other government officials explained that the e-levy is designed to allow for an improved standard of living.
The government officials at the town hall meeting also shared a document, that gave an idea how much Ghanaians will pay for a MoMo transaction if the e-levy is passed into law in its current state.
See below; 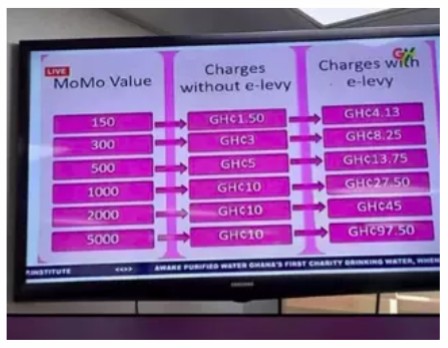 MoMo charges if e-levy is passed
MoMo charges if e-levy is passed.
The government continued to explain that the implementation of the proposal will provide the government with revenue to undertake development in the country.
In a tweet on Thursday, President Akufo-Addo said through the levy, government will be able to mobilise revenue to improve the country’s road infrastructure while providing job opportunities for the teeming number of unemployed youth in the country.
Share

Previous Trotro Drivers Are In Danger Now From Minister Of Transport
Next The pastor is facing a two-count charge of unlawful sexual intercourse and procuring an abortion.