admin October 24, 2022 NEWS Comments Off on My parents forced me to marry & I ended up marrying an HIV-positive gay – Ghanaian lady shares her sad story 59 Views

A Ghanaian Lady has shared her ordeal after her parents forced her to marry at a time she was not ready and barely settled to make a life with a man.

In a lengthy story, the anonymous lady expressed that she still hates what her parents pressured her to do at age 37 because they want grandkids.

Sharing her sad story, the lady disclosed that when she turned age 37 and yet unmarried, she became a prayer topic for her family.

All these while her younger sister was engaged to be married but because she was the eldest, the family almost halted the younger’s move to marry for her to go in first.

Fast forward, she still then didn’t succumb to family pressure hence her younger sister got married a year after.

On the wedding day, the younger one was asked to pray for her elder to also find a man who will come and see the family, pay her bride price and marry her.

Years went by and ‘God being so good’ her younger sister’s husband introduced her to his friend whom everyone thought had a nice and respectable personality.

They started to get on fine and six months after the new guy proposed to her and she agreed even though she fell off with the guy because she sensed something bad.

But in order to satisfy her parent’s wish, the lady agreed to marry the guy. About a month to their marriage, the guy opened up about his sexuality to her

And she got the surprise of her life. The husband whom she thought was kinda good for her even though she had ill feelings was gay. Not only that he was also HIV positive.

READ THE FULL STORY BELOW: 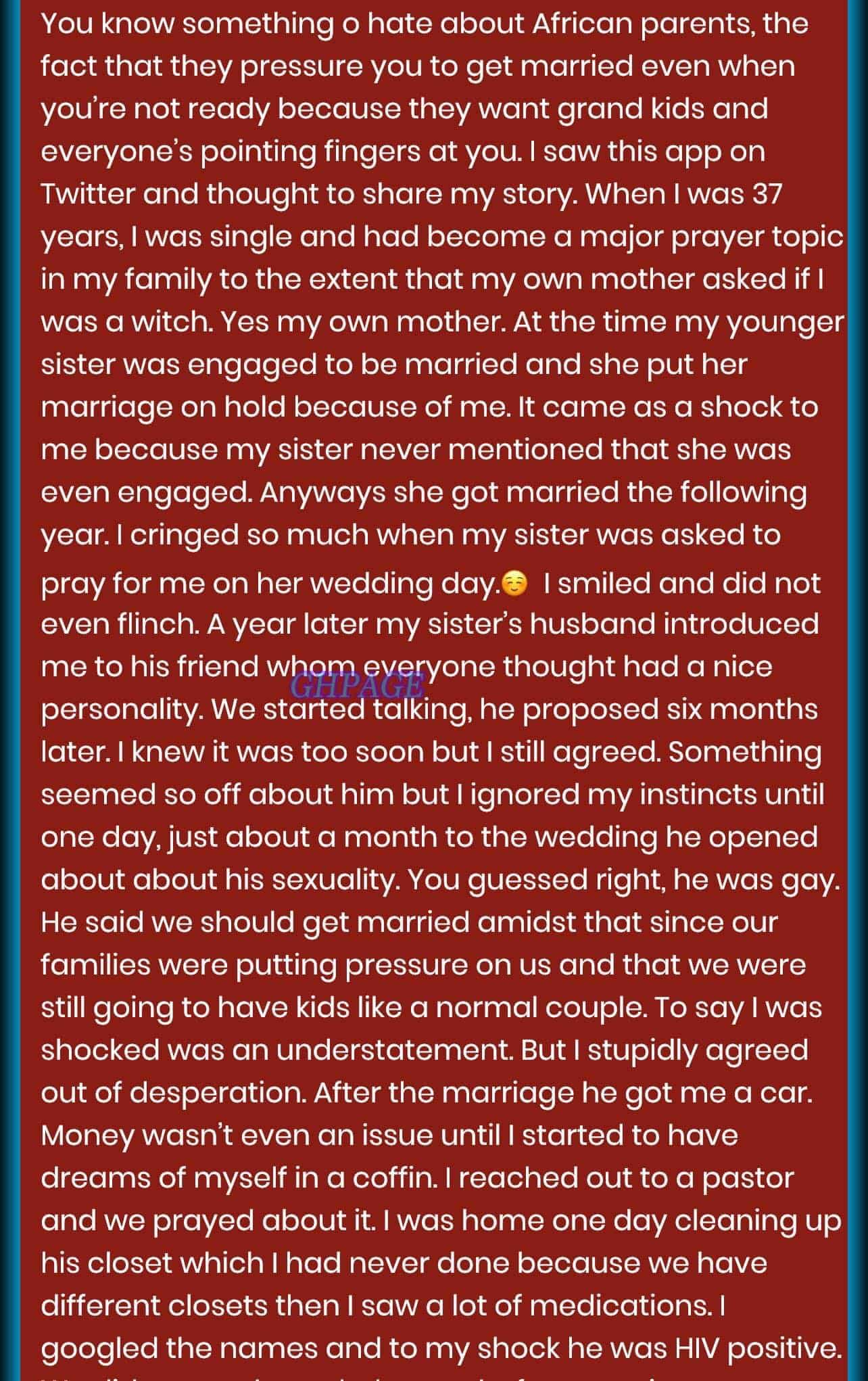